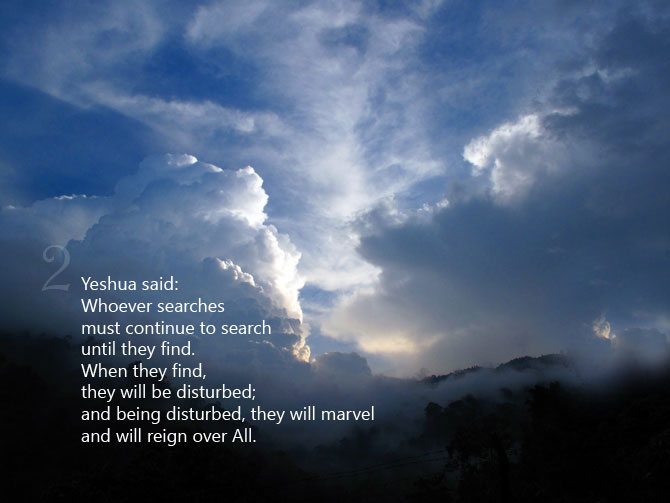 RARE are those who heed the inner calling of thirst – the desire to search the meaning of existence, of life. How many has ever question the futility of life – the routine process of getting up from bed, work, and back to sleep again only to wake up to another day of regimented life, until the end of our lives. No doubt there are some fun and joy in between, but consider that life is like a river and we are being pushed to a direction that is beyond our control – aging, sickness and ultimately death as our end. In the midst of this inevitable process, which do bother us deeply, if only we were to be truthful about it – we try living a life of oblivion, drowning or ignoring the call of our numbered days. It sounds a little morbid, passive and even pessimistic to the potentiality of life that is within our reach – but isn’t that the truth? Isn’t that what wakes up the human heart when someone close to us depart from our space – where we start to question the meaning of life or the possibility of waking up from the slumber of our dream life?

It is not about the future that we are seeking but rather the present that we are running away from – hoping and wishing that what comes next in the future no longer make us chase anymore further.  Majority of us are in this space until one day, one very day when the question just pops up naturally in our psyche – what am I here for or what am I running away from? It may be a brief thought or a contemplative reflection but it is the beginning of this question that makes the human heart start its seek. Not seeking the future, but rather seeking the meaning of life.

Unlike the seeking of materialism where results can be tangibly seen, seeking the meaning of life, as in spiritual search, has its path pathless. It is the unseen path trodden by many, failed by many and also realized by many – except that this path is solitary by nature and yet supported by an unseen force that is far much greater than what the human mind can imagine. And of course it is not a bed of roses where the path is clearly defined and the light at the end of the tunnel easily identified. There are perils in the journey, like entering into the forest of roses, where thorns and twigs occupy our attention amidst the fragrance of the flowers.

In the beginning we will much be disturbed by the obstacles confronting every bit of our spiritual journey. No one is spared from the tumultuous uprising of one’s own shortcomings, our dark shadows, so to speak; triggered mainly by our misperceived clinging. We will be dismayed by what we have finally found in the mind – the amount of fabrications and lies that we have unconsciously built, the defences and attacks we walled within; from ignorance to misperception – the years and lifetimes of accumulated egoic patterns. We may pursue further with deep conviction clearing whatever mess that comes up unexpectedly, or we may be tempted to give up the journey for many unreasonable excuses. Yet Yeshua invites that we do not stop, not to give up but to continue searching, to explore what is within. And soon through our patient and loving toiling, letting go of all expectations and hopes, we will arrive with glimpses of what lies behind the illusionary egoic fabrications. We will be marvelled by the Truth that is being revealed when the blocks are slowly released. Then it will dawn upon us that the Truth of true Freedom and Peace has never abandoned us except us being blinded by our own deceptions.

When we come into deeper integrity with ourselves, being our true authority over the mind, we will see the possibility of total Emancipation from the ego, much sought after by all enlightened beings of the past. It is then that we triumph and reign over All. This is the noblest journey every spiritual soul is aspiring– the awakening to God, satori, enlightenment, or whatever name one gives to it.