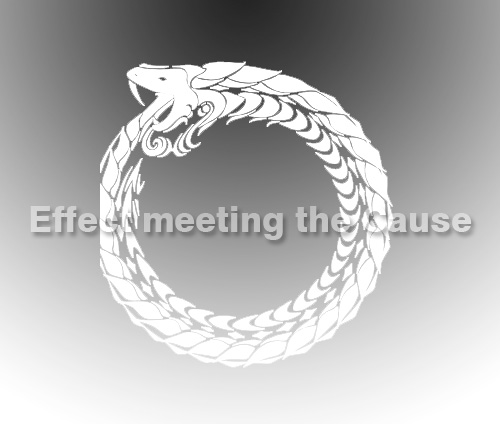 The path to salvation, to liberation, to freedom, is a gradual path. Though there are rare cases of “instant enlightenment” as experienced by contemporary masters, yet upon deeper observation, many of them goes through a long period of depression before they come to awakening. The trigger obviously does not come from depression, as if that is truly the case, many millions of people in the world would have “got it”. It is surprising to know that 1 in every 18 people in US is depressed.

Depression can be a long term journey of darkness. It is a vicious cycle of negative thoughts and emotions, in  many cases, beyond the subjection of the patients. Medically, depression is generally caused by imbalanced of hormones in the body. Could the hormonal imbalanced be the effect of a psychological cause? There is an interesting research being made that reveals that depression is not the cause of negativity but rather it is the negativity of thoughts that brings about depression. In other words, depression is the effect of negativity. Any unchecked long term negative thoughts in our system can be a potential timebomb for depression to arise. Awareness or mindfulness can be an effective prevention for that. Again, I am sure there are many more other causes that we are not aware off that brought about depression. Nevertheless, preventive measure is always encouraged – and to start from where the source is – the mind – can be a very effective tool in curbing the problem.

When I start the journey of meditation, it does not take long for me to recognize that a major part of the mind is negative. It is also interesting to note that during meditation workshops, when we request participants to gauge their level of happiness, from the scale of zero to ten; the highest scale being happiness, many bring their score above five. But by the end of their meditative experience many confide that the mind is indeed negative. That tells how much we really know about the mind. Many participants mentioned that only when they meditate, their mind becomes restless. I would say that the mind is forever restless, always in the wanting to do something that is constantly in the future – meditation brings us into seeing that.

If a major part of our mind is in constantly negativity, are we any different from those who are depressed? Probably the only difference is that we are able to move on from our incessant thoughts. I am sure you will know what is it like to be depressed – when the thoughts replay itself like a broken record, again and again in a never ending drama.

Thus the very first step of training the mind is to see the meaninglessness of thoughts instead of giving it a reality. Not an easy task, but possible. Byron Katie’s The Work is one fine practice that resolves years of negative thoughts. Eckhart Tolle’s book, The Power of Now, begins the chapter with the title You Are Not Your Mind – indeed a very thought provoking statement. Here, I will like to clear the myth of what meditation is. To many faith, meditation is a no no journey. Even in some culture, particular in chinese, meditation is the doorway to insanity! On the contrary, I would say meditation is the way out of insanity – depending on how we define meditation. For me, meditation is not some kind of static practice, of emptying the mind, or trying to remove thoughts – but rather a way of developing good qualities of the mind that leads to freedom and peace. As my meditation puts it – it is not important to meditate, it is more important to know about what ideas are running in the mind; to be aware of that is meditation in action.

All the best to our life journey of knowing ourselves.

Nothing exists outside the mind. – Dogen

2 Replies to “Back to Where it Begins”