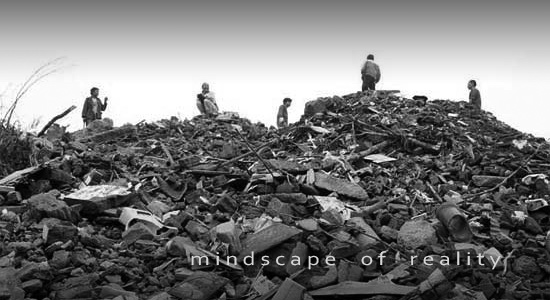 He began his journey thinking that Desire has to be killed
Irrelevant whether it is material, food, money, sex or relationship
Only to find out bitterly that nothing can be removed
Except to be understood.

Then he went all out to stop himself from being Angry
Being drummed repeatedly that Anger is a serious sin
Only to find out later that suppression only increases Anger
And the way out is through recognizing his expectations.

And Judgment is wrong, he was told
Making him judge himself more each time they arise
Only to realize later that the problem is not Judgment itself
But the views he had been holding on in his system.

Jealousy? Oh boy, what a shame
Being jealous is not appreciating who you are
That was what he was well informed
As he struggled daily to put appreciation before jealousy
Only to find himself overwhelmed by it.

Strangely he was told that Guilt is good
For that is the way repeating of mistakes can be curbed
He welcomed guilt into his house
As he stayed in shame of the past and fear of the future.

What a painful mess he got himself into since then
As he struggles every day to fight and slay the devils and dragons
That seems never ending coming his way
Religion was well-intended, or so he thought
Buying into ideas that he never questioned
Swaying from one end of self-reliance to a savior who can remove his sin.
Constantly he shops, looking out for new skills to kill his inner demons.

And thus he follows blindly what the masses feeds him
Not once did he question the rational of those practices
Ignorantly accepting everything that comes on to his plate
From hierarchical respect to you-should-not-question authority disease.

Stop! O Friend
Put down all shields, swords and arrows
As well as bombs and ammunitions
And come to your senses!
Stop putting up a fine and dandy suite
Having knowledge, priding a follower of sorts
You stalk in conflict
Between lofty qualities with inner demons.

Wake up! Wake up!
Come to senses!
Welcome wisdom to fold
Probe intelligently the mess you’ve got yourself into.
Stop answering and seeking
Instead train to observe silently
Observing with stillness what arises within.

Move out of your way
End all fixings
End all doings
End all meanings
End all answerings
And allow Be-ing into fold
Let Truth unravel itself
Showing you what is going on in the Mind.

2 Replies to “What A Mess He Got Himself Into”