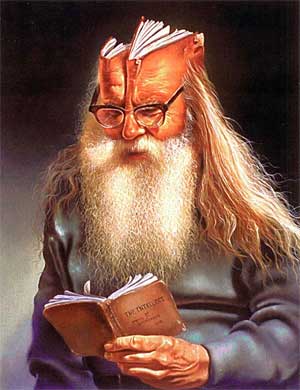 The mind, more often than not, has confused itself by making information as realization. There is a vast distinction between both and to recognize their salient characters needs the eyes of wisdom. Information is knowledge whereas realization is wisdom. One is merely an intellectual understanding whereas the other is a spiritual experience, a state of being.

Using upset as an example – I have experienced from many past occasions that upset is an effect of a certain peculiar idea that I am righteous about; and if I am denying this reality, I am bound to make the world wrong whenever I am being triggered. I will see the world as against me. If I defend something, I am sure to perceive others as an attack – both attack and defence comes as a pair, not separately. This realization has to be credited to A Course in Miracle’s statement “denial makes projection” as it begins my journey of learning to observe how true this statement is. Yet there are many a time where I would have failed to resolve my upsets even though I am aware of the ideas that I was having. It was what I was not seeing, rather than concluding the above statement being untrue or only works for certain situations. Usually, it would dawn upon me much later that I was barking at the wrong tree at those periods of time.

It is important to know that what is hidden from me will be revealed if I am able to recognize what is in front of me, for there is nothing hidden that will not be revealed. Thus, if the maxim upset is caused by righteous clinging on to ideas and yet if I am unable to resolve my upset even though I am able to recognize the cause of it, I can be sure I am not recognizing the ideas correctly, or rather I am missing a point here. By nature, true recognition (potentially wisdom based) has the ability of undoing clinging. Naturally, when one is able to see an error, one has already rectified himself at that moment, that is, upon right recognition. It cannot be otherwise. In the same manner, recognizing a wrong attitude propels one immediately to right attitude. Each upset is merely an indicator letting me know that I am still not recognizing wisely.

So what are the misperceptions I have overlooked? There are a few wrong ideas that I am righteous about, very deeply ingrained by the society norm. To begin with, my idea is always right and as such what opposes it, is wrong. Even if I were to be open-minded, and ready to listen to your idea or view; with my intention is to undermine your perception; I will use your own words against you. That is how righteous the mind can be. More ideas on the list:

Each particular statement is an idea generated from a past perception, gotten either from a self concluded experience or a conscience ingrained from an unquestioned cultural or societal belief.

These ideas appear as thoughts in the mind. It camouflages further what is already present in my space – the original righteous idea that I am clinging on. In other words, the above examples are sub-ideas that strengthen the original idea. They are after-effects of a wrong idea. Observe how a wrong idea contagiously spread more wrong ideas into the mind. In truth, if I am able to recognize the original idea, there would not be any follow-up to it.

When I miss the mark of what is already here for me, and yet want to resolve the upset, the intellectual mind will be busily occupying itself into thinking of ways how to fix the upset. This is none other than what Albert Einstein was implying – answering from the same level where the question arises is insanity. Instead of giving up all the doing and let the muddle clear itself, the mind uses whatever knowledge it learns from the past to fix a situation instead of using those knowledge or information as an opportunity to observe the mind and thus gain understanding from it. All understanding could only arise through introspection or observation, not through intellectual fixing.

By composing oneself, whatever information one has from the past can be easily brought into the present moment and thus allow understanding to unfold by itself when proper observation is applied. In other words, one’s job is just to allow clarity into the present and by simply doing so, what obscure the truth comes into clarity. The intellectual mind is an obscurity.

Thus in truth, information or knowledge are merely truth for me to observe, not to apply. In the space of stillness, all is shown, and something realized.