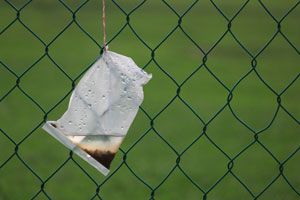 Of late the thought of shifting out from the current dwelling came to mind. Indeed it is not just a recent thought but a hovering one in the mind for at least the last five years; only that it was not been given priority. The main reason for the planned move was due to the newly constructed high-tension structure built beside the old one that is close to my dwelling vicinity.

But what is apparent in the decision is this thing called priority.  And it came to my realization that we, as human species, live unconsciously dictated by priorities throughout our lives. What I am enthusiastic and give attention now is from my inner meaning of priority. And it dawned upon me how we prioritize even the meaning of being rich – it is illusionary. I am rich, if my priority is about making more and more money, provided I am able to accumulate it. But the meaning of rich is directly connected to money, at least to many people. But is there truly richness except accumulation that is derived from priority? What about those whose priority is about accumulating assets, which in reality has no physical cash?

I recently got an i-Mac for my working environment and interestingly a friend commented that I was rich enough to purchase it. In my space I did not see myself as being rich, except in the position of prioritizing one thing over something else. Probably for her, the priority would be investing in health, facial improvement or something that is connected to her needs and the expression of financial appreciation may double the price of my i-Mac purchase, at least in the long run. For some, their priority would be working towards having a high end camera, a dream house, or a holiday etc; but does that mean that they are rich, or simply a movement initiated and dictated by priority?

What is priority then, except a meaning the mind gives to a certain specific idea? The world is like a huge playing field, each and everyone playing their own game according to each of their priority and in their own space, they see themselves more special than the other. But is there truly specialness, within the confinement of the unseen walls on earth? Or are there merely experiences that I give meaning to that are only truly heir in my space? Because of not seeing this reality, I make the world a reality to latch on, making me more special than the other, even if it comes from the state of suffering – why is this happening to me and not others?

If my priority is about accumulating money, I will go all out to save, as much as I could, creating the need in me to think twice whether what I spent is necessary. Anything that is unnecessary is considered wastage in my space, not excluding others who would do the same. In short, all meanings are merely my reality, not out there.

If my priority is having a good shelter over my head, I will see others as wrong when their priority of the same amount of money needed to buy a house is being used for something else, say, having a lavish marriage ceremonial for their children. Doesn’t that happen to our mind all the time? To know that a car can cost a million make us ponder how with that money we can buy a comfortable home at our standard, instead of spending unnecessarily on a car. And if I am an animal lover, I would complain that the money can be put into good use such as creating a shelter home for them. But what is reality except priority running in our head?

What about priority in personal health, personal luxury, career, expensive dining, yearly holidays and at its opposite end, priority in spirituality like contentment, meditation, peace, selflessness, etc? Aren’t they all the same, except one standing on the other side of each other, in the confinement of earth? Is there any loftier act than another? Yes and no. Depending on where and what the mind is directed. There can be spiritual ego or worldly spirituality – whichever side you are on. That makes a whole lot of difference. It is not about the world, but the mind.