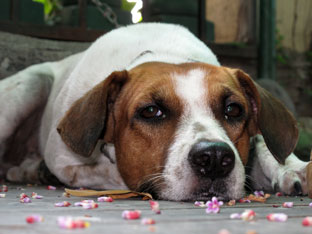 It is interesting to observe the way Masters look at the world and those of worldlings. To those who have crossed the border of awakened state, life is seen as meaningless. And this statement has to be further explained and understood to avoid misinterpretation of its true meaning. To the worldlings, meaningless has a connotation of negativity – it has the aspect of unpleasant feeling in it. In fact it is not meaningless per se – it is a meaning given to something that one is not feeling pleasant about and finds no way of getting out of it and since it has no value to the experiencer, the meaning of meaninglessness occurs. For example, boredom. When we don’t see the gift behind the veil of boredom and not able to get out of that state, the feeling of meaninglessness arises. It is the non acceptance of what is that creates that meaning.

Do you observe how meaningfulness has direct relation to purposefulness? Purpose drives one. Where there is no purpose, one find ways of making meaning out of it and hence creates a purpose out of what was once purposeless. Seldom does one face purposelessness directly, simply because it is not a desirable experience to be with. Instead we turn away from it if we can’t change it and replace it with something more “meaningful”. In fact that is how we have been continuously advocated – don’t dwell in negativity, simply be positive. But how can positive be gained when at the recess of the mind is kept the demon of negativity?

Isn’t that the way of incessant addiction, driven by purpose, making meaning out of meaninglessness? Isn’t it a fact that everything has no meaning until we give it a purpose and hence a reality is born out of it? What is reality except our meaning over it? And when that meaning no longer fit our needs, we abandon it and take on another. Life is constantly such – an endless one indeed, fulfilling a meaning that is meaningless.

Whereas the Master perceives life differently. He sees the true nature of meaninglessness in everything, found in each every experience. It is from right perception, seeing all experiences neither as desirable nor not desirable simply because they are merely experiences for him to acknowledge and thus no reasons for him to be attached to. In other words he is merely a passerby to the experience. He has no qualms about meaninglessness as that is exactly what experiences are. Thus his perception of meaninglessness is born from right understanding and has the nature of peace instead of negative feelings. The worldlings experience feelings whereas the Masters recognize each feeling as an experience, passing through him. Not just feelings, but also everything that is found in the mind.

As such, a Master does not perpetuate experiences; but undoes experiences by allowing the dance to end itself without involvement, whereas the worldlings continue the process of denial by chasing after what can’t be chased, by giving meaning to what is meaningless. Meaning perpetuates existence and make what is unreal, real.

Neither one is better than the other except one is towards total freedom whereas the other, perceived freedom.