Note: The word “God” referred in this article is written from the perspective of what cannot be mentally comprehended except realised. It is just another word pointing to what Is, whatever word it can be to replace God.

The mind by its nature is innocent until delusion comes into the picture and thwart what is Real. It creates an optical illusion. This is the only veil that separates the meaning of ego and God. Yet, in truth, there is no ego entity per se except an experience of delusion, not yet noticed. It is but a clever projection made by this nature of delusion. Can we say delusion is against God? Not really, as it was never “against” anything except playing up its unique function. It is as if saying that the mirror can delude you to make you see your own reflection instead of just seeing it as a mirror. Your job is just to wake up to the reality that it is but just a mirror and reflection is just its function!

In other words, delusion is a separator that makes “forgetting God” possible – not “I” forgetting God but rather, “God-forgetting”. Thus, there is only either delusion, or God. Yet how can God forget itself as “forget” was never in the equation of God, not to even mention “remembering” for both can only exist in this dimension of being.

It is but only the function of delusion doing its work. It brings about the seeming function of forgetting. It cannot make God forget, as that is utterly impossible. For God is not someone or something and thus will never experience forgetfulness. It is only a matter of coming in contact of this function that plays out, strangely, forgetfulness. In other words, God-forget is actually Delusion-forget. It is but an experience, not God. Thus to recognize this function reinstates God again. The ability to recognize delusion is the function of wisdom. Just as the Holy Spirit is the bridge to God, wisdom is what makes God realization possible.

Yet the “delusion-forget” is different from the forgetfulness that occurs in our daily life. Our forgetting experiences is nothing but a play within the realm of delusion, not delusion itself. As such, the ability of us to remember – which is the opposite of forgetting – is also delusional, as it stops us from experiencing God itself.

The forgetfulness or remembering which we experience in our lives is an effect of delusion. Thus, when we try “not to forget God” as many faiths profess – we are unknowingly perpetuating and playing up a delusion that is already in place. The journey towards God was never about “doing” as in a certain form of practises, penances, or even praying. “Doing” anything can never lead to It. Hence “practising” spirituality is a nice camouflage meaning of delusion. It will be more precise if one were to REALIZE the delusion that is already present and that can only happen when one is able to recognize or wake up to it.

Realization reinstates God immediately. Not that “you” arrived at God. There was no “you” in the first place here in the realm of delusion except an optical illusion of what Is. There is merely a reinstatement of Presence, for a better word. Yet, how to “realize God” when delusion is not something that can be easily recognized, not to mention seen?

Just as if you have never seen a cat before, how would you be able to know or recognize a cat or even realise it is a cat, if you were asked to look for it? And “God” is not something of form or even formless where one can “easily look out for” as it is beyond the mind’s comprehension. For that, one has to rely on information of those who have so-called arrived. And that information are the scriptures of the world where it has been expounded by those who has awakened to It. This is the only means at this point of time for us to explore unless we have the special capabilities of a direct realisation with It, which would have meant we are enlightened now, but we are not! Those scriptures are not meant for us to “practice” as they are but realized experiences documented with words. They act as means for us to explore by putting it into test. They are pointers or indicators leading us to It. Hence, to come to It relies heavily on our own wise intelligence to investigate and realise rather than advocating a blind practice of it.

Those information found in scriptures is not similar to the kind of information found in this world that helps us live a better life – that is not the aim, although we do experience a happier life somehow upon realisation. They are information that comes upon awakening, to mean from the other end of spectrum of an awakened state to our human plane. When we hear these information we are hearing it from this plane towards something that is incomprehensible since we have yet to awake to it. Hence, we can only hear or read it from our own perceptions, which is of this world.

These unique information paves the path of moving beyond this so-called world of delusion into a realization of God-waking-up again, or enlightenment if you wish to call it. God-Realizing will be a closer word to that. Nirvana, anyone? 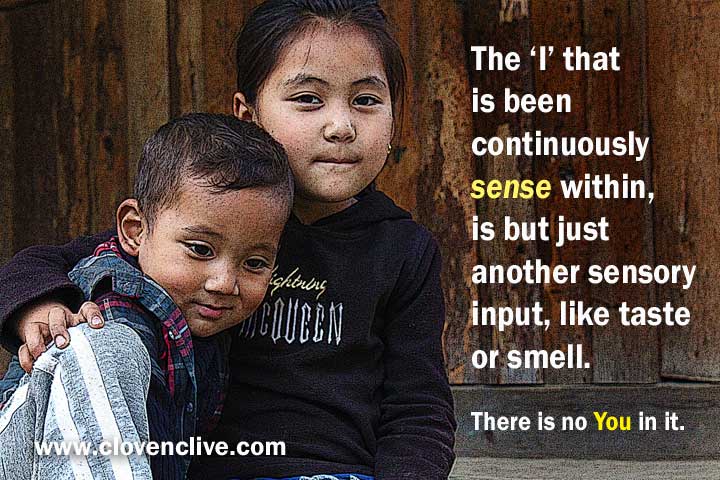 One Reply to “The Game of Delusion, but only a Function”