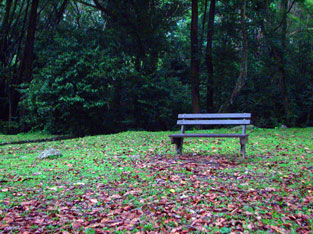 I was given an opportunity last week to work with someone who was experiencing mental despair over a perceived issue of abandonment. Throughout my spiritual  journey in getting to understand this frequently arising mental state, including having many direct experiences with it, I came to realize that many of our emotions have much abandonment meaning related to it; for example, betrayal, jealousy, favouritism, power struggle, hate, and even love. Yes, love itself, strictly speaking, is not love per se, but a clinging on, has elements of abandonment as its cause. To heal abandonment on each occasion as it arises, attention has to be directed towards where the state is, which is in the mind of the experiencer, instead of what is outside there that is seemingly causing one to feel abandoned.

In reality, nothing can abandon us, unless there is an unconscious hidden agenda of “what’s in for me” motivation in any tie. When one starts a relationship having that in mind, without oneself even knowing about it due to ignorance, one has set himself up into the trap of abandonment, awaiting its time to unfold. Such is the folly of ignorance due to the nature of delusion that clouds the mind from seeing the truth.

To give an example of a love relationship. When I love you, I am to mean that I have invested myself fully in you. Anything that is invested has ulterior motive of return of any form, again albeit an unconscious motive. I would have invested my time, effort, money, kinds, or even any special meaning I cherish, not to mention emotions, to draw you into my fold – all with meanings of specialness in it. Obviously such investment has one’s own high expectation of returns on it as he has risked, so to speak, his entire egoic savings on it. One could already imagine what will be the end result when what is perceived to be received is reciprocated otherwise. From this aspect, it is obvious how when we give away something we cherish, without truly relinquishing it, we are prone to issue of abandonment as there is an expectation from holding on to what has been given out. This includes mentality of giving myself, specially, to someone. Where there is special love, there is in return, special hate when situation goes wary, except all the time.

What is it we desire from a relationship? Speaking from my own realized experience, underneath the surface of a desired relationship is the unquestioned meaning of insecurity, loneliness, and separation that motivates me to look for one. Instead of addressing directly what is already in me, I ignorantly choose to cover it up by seeking something or someone outside there to heal my issue, which obviously is an insane decision, for as so long the root issue is not properly dealt with, any act itself only perpetuates the root. All forms of relationship which includes possession of house, money, career, property or even demands, have many a times, the above mentioned woes. It may surprise you if I were to include the need to help others, which is sometimes referred to as selflessness. Behind the facade of selflessness has a selfish motivation of feeding our own ego, be it from the space of superiority or inferiority and rarely equality. So long as I do not have the wisdom to recognize my motivation – not the superficial surface motivation that we usually act upon, but something deeper that can only be accessed through self inquiry and self honesty – all actions are deemed ignorant, to feed the ego and to proliferate defilements.

Welcome to awakening from the long overdue slumber of ignorance.