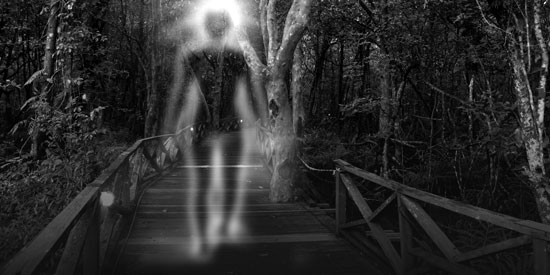 It makes sense that if I wish to get out from this illusionary dream of birth and death, in short, the egoic realm of existence, I can’t apply the tools given by the Masters in a very superficial way, seeing the form rather than the essence. It is like playing the game of hide and seek. If the game is played in an open area, I do not need to give much thoughts to where my friends are hiding. But if the game is played in an environment where there are lots of complicated hiding places, I have to apply my intelligence in looking for them. Through countless journeys, the ego has made lots of traps and imitations and that has made the way out of it a little difficult.

Many a times the spiritual journey I took on is more of face-lifting the prison rather than planning my way out of the prison. It is like moving out from the cell where I am previously in into a bigger area that is still within the prison premise. Like a bird trapped in a cage for a long time, it has no thoughts of taking the plunge of freedom though the gate is wide opened. It can’t see a way out – or rather it does not have the wisdom to see the difference.

Take the case of “giving”. Giving as expounded by enlightened masters is for the purpose of freeing the mind from the bondage of craving. Somehow or another I got the distorted message that giving is a must thing to do and that unconsciously built-up guilt in me. I feel guilty when I am not giving as I should be giving. I feel guilty when I see people have less than me. Whenever I give, I give with guilt – I missed the noble purpose of giving – and instead directed my attention to something that is outside me. Is that giving? Yes, if my mundane giving is just about giving to someone who needs it and no, if my purpose and goal is to go beyond craving. Ironically giving can come from wanting too! It is strengthening the ego rather than freeing the mind.

On the other extreme I give because I want to be free – there is this “what’s in for me” mentality awaiting me at the end of the result. It is like giving for the sake of accruing merits. There is such a thing as merit but it is not for me to direct my attention to. I missed the point of giving if that is what I want ultimately. If the masters are those who have finally came to their fullest realization, surely the teaching they give is not as mundane as accruement of stuff? Neither is it for the beautifying or glorifying the self. Surely I have missed the point along the way. Similarly, the precepts or commandments is not a kind of do or die verdict that I have to nailed myself too. Surely there is a deeper message that I am not hearing.

I have to keep reminding myself again and again that what I experienced in my senses cannot be the way out, for if that is possible, I would have got out of it without the Masters’ guidance. I have to remind myself that the Way is not as simple as I thought – the profoundness of the teaching has to be beyond the way I look at things. It must be something that is so radical that it needs a little common sense and yet intelligence to look at it. Instead of reading the lines, I need to read between the lines. Instead of seeing the form I learn to see the essence behind it. Instead of the mundane way of perception, I put on an inquiring mind. Instead of flowing with the masses, I go to the road less traveled. A path that is solitary, surrendering to a greater Way that is beyond my knowing, trusting that the guidance will come through my willingness to witness.

After all being said, it is not about making the journey complicated or making a rebel out of myself, but to go skillfully beyond the status quo of the mind, not by making something new or repeating something old but to develop an awareness of presence of both and going beyond it. It is entering into the domain of the complexity of entanglement.

Among folk they are few
who go to the Further Shore,
most among humanity
scurry on this hither shore.

But they who practise Dhamma
according to Dhamma well-told,
from Death’s Domain hard to leave
they’ll cross to the Further Shore.

J said, “I disclose my mysteries to those who are ready for my mysteries. Do not let your left hand know what your right hand is doing.”

2 Replies to “The Road Less Traveled”